High weighted communication in between ranks

This pattern can be observed in parallel algorithms where a large fraction of the runtime is spent calculating data on individual processes and then communicating that data between processes. An example of such a parallel algorithm is molecular dynamics, where N particles interact with each other. The equation of motion to be solved is

\(\bf {F}\) is the vector of the total force, N is the total number of particles, \(\bf {a}_{i,j}\) is the acceleration vector and it has to be computed for every particle w.r.t. every other.

A frequently used approach is to use the Atom Decomposition algorithm [1], where the force computation is split among different processes:

In Figure 1, the speed-up plot is shown for both cases. The larger the number of nodes, the more important the MPI overhead. This effect depends on the number of particles as well, the larger case shows a more severe slow down with respect to the smaller case. 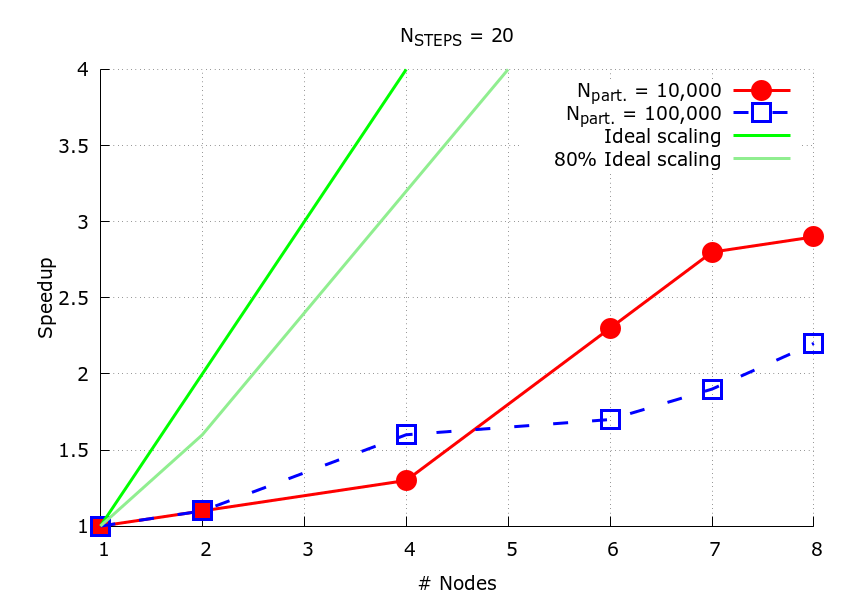